The style of the following story is a little different because it was submitted for a travel writing contest. I didn’t make the shortlist, but it was a good exercise.

My sister and I entered the walled city of Cartagena ready to begin our new adventure.  The air, a salty mix of scents, was ripe with possibility. First, we considered taking a carriage ride to view vibrantly-colored colonial homes now converted to lucrative vacation rentals. Then, we thought about looking for one of the mystical street performers who levitated in mid-air, seemingly defying gravity by supporting his entire body weight with one hand. At the very least, we knew we’d find an eatery where we could sample the region’s rich fusion cuisine that pays homage to its African, Arabic and Spanish heritage.

Ultimately, we opted to play it by air, for we trusted the charismatic city to spontaneously spill her secrets.  Plus, we envisioned an expressive storytelling, similar to the non-verbal volumes spoken by the Afro-Caribbean women in bright, traditional costumes who effortlessly balanced fruit bowls atop their heads while sashaying gracefully, hips undulating in visual rhythm. 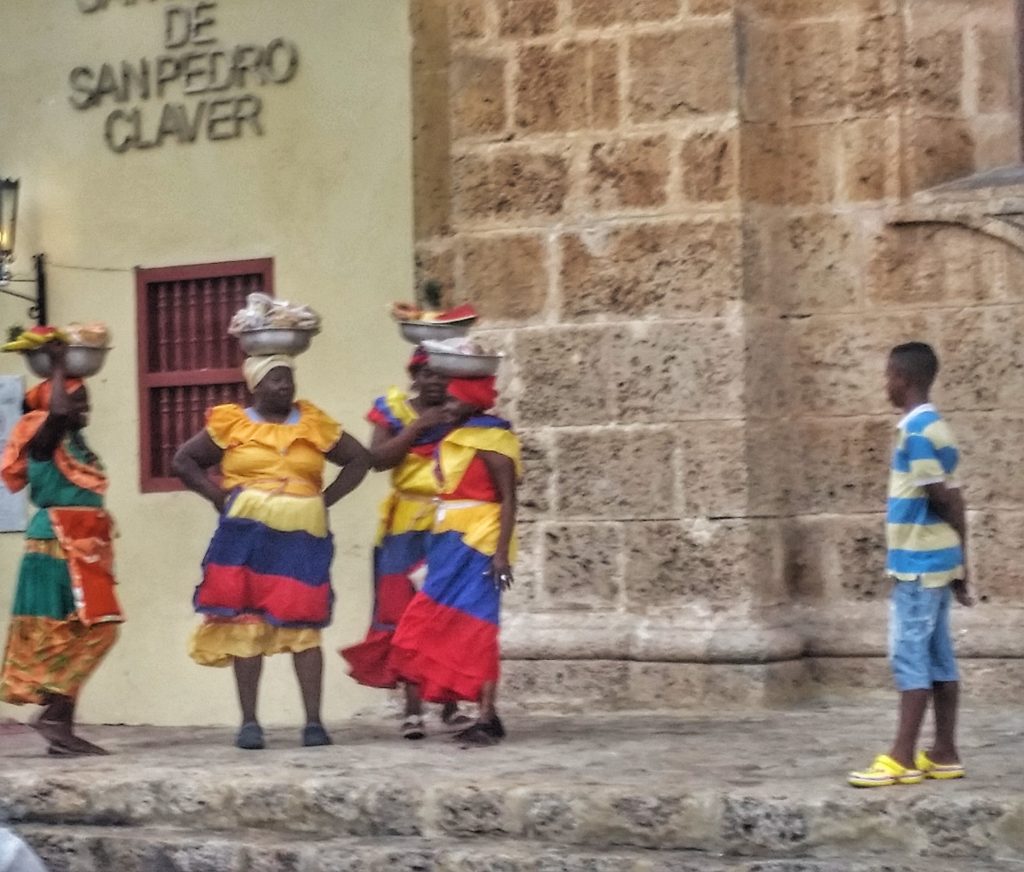 Suddenly, there they were. A group of six, well-dressed seniors sitting on nondescript plastic chairs in a loosely clustered semi-circle amidst the cacophony of sounds produced by the never-ending square activity. Neither the clicking heels of tourists navigating the concrete sidewalks, the animated tones of vendors hawking wares of every size and shape, nor the excited holiday chatter spilling from the open doors of multiple bars, restaurants and cafés was enough to obliterate their presence. Their quiet camaraderie was a magnetic force that dragged me forcibly into their orbit. 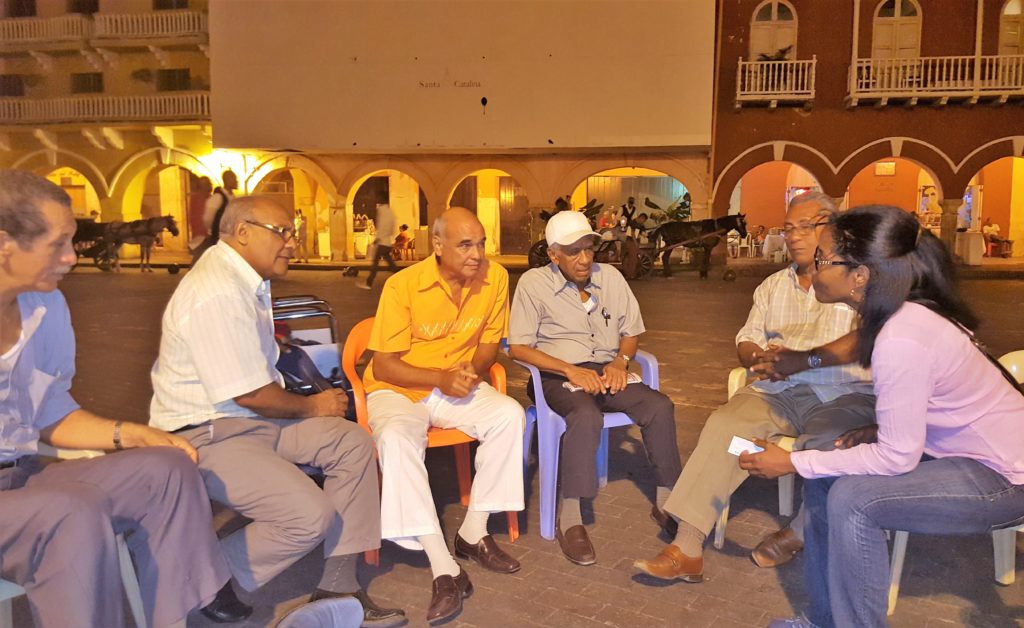 I approached the group and asked to take their picture.

“Sí, con mucho gusto,” they replied, and insisted I be in it. My sister snapped the photo enthusiastically. Then, as I murmured thank you and prepared to walk away, one gentleman with a 70 year-old twinkle in his eye invited us to sit and chat. A sure sign of a charmer still in his heyday.

We complied, lingered awhile, and proceeded to share tidbits of our respective cultures. The endearing grandfathers had been friends since high school, and they met from 7-9 p.m. on weekdays to banter about current events, sports and life in general.  As they regaled us with stories about their youth, early careers and families, I became increasingly impressed with the depth and longevity of their friendship.  In that moment, I realized we can make and maintain meaningful connections anywhere. We just need to open up ourselves to the experience.

Do you have an authentic and spontaneous local encounter you’d like to share? I’d love to hear about it. Please use the comments section below.