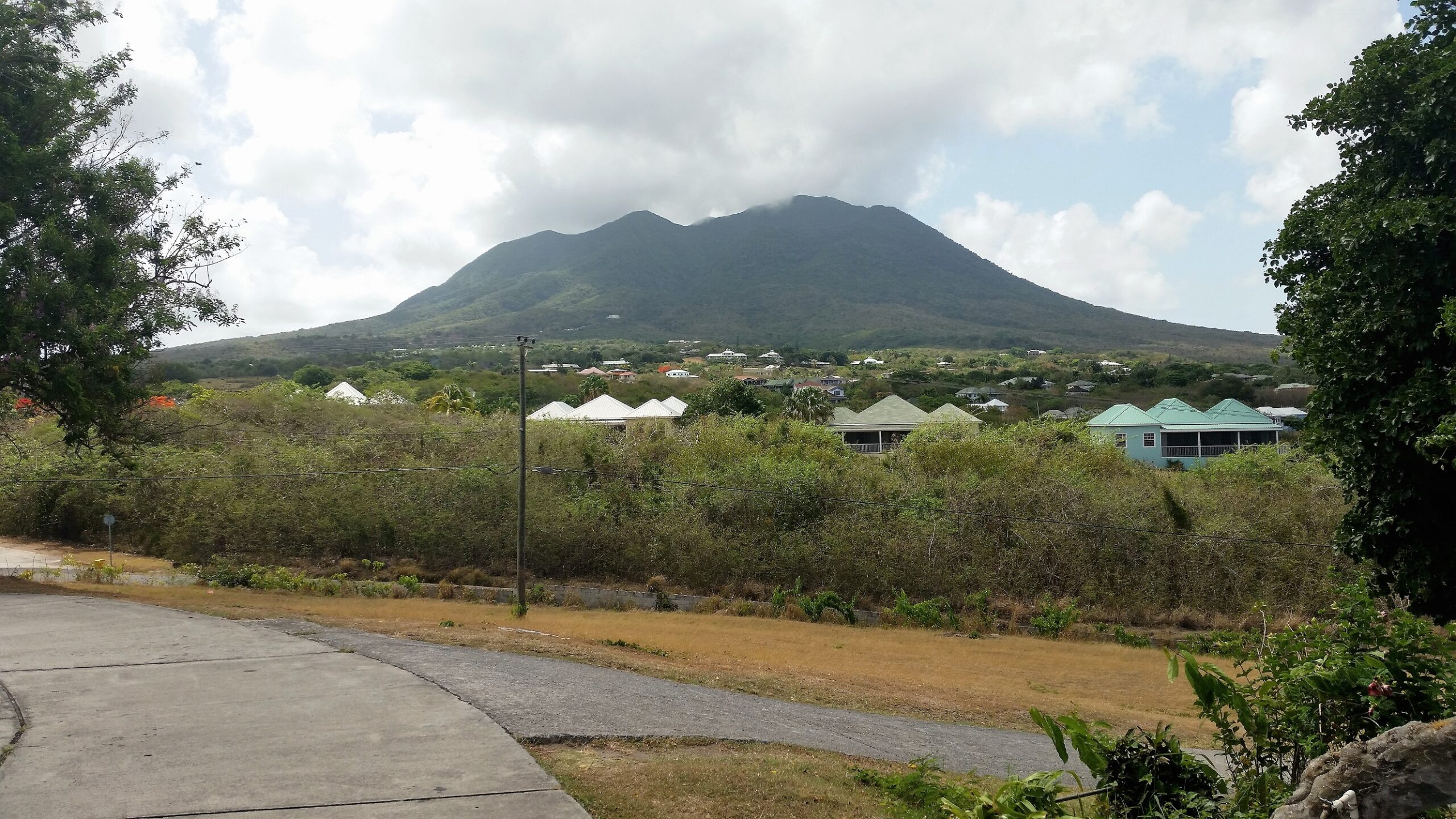 Nevis, the sister-island to St. Kitts, is a 36 square mile lush and unspoiled slice of paradise. It’s about 217 miles (350 km) east-southeast of Puerto Rico and 50 miles (80 km) west of Antigua.

A tiny island that has more monkey crossings than stop lights, it has attracted, and continues to lure, its fair share of notable visitors. 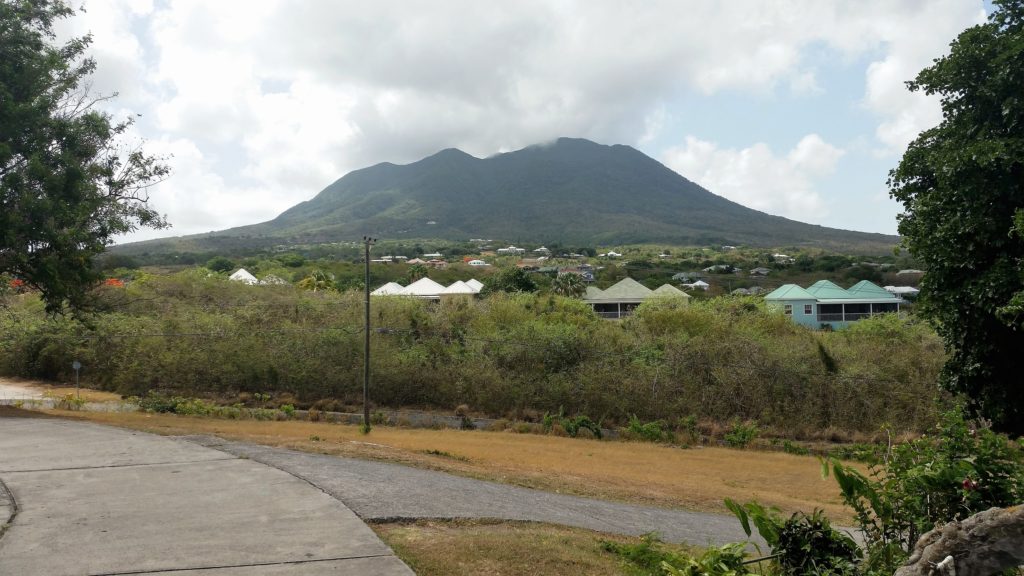 If you are considering Nevis for your next Caribbean vacation, you could be their next A-list visitor!

Below, I’ve shared my suggestions for things to do when you go..

If you’re in the mood to get whimsical, you can visit the wedding place of the decorated British naval officer who has a statue in his honor at London’s famed Trafalgar Square. Nelson and his wife Fanny got married under a silk cotton tree at Montpelier Estate in 1787, shortly before the end of his Caribbean tour of duty.

2. See the birthplace of Alexander Hamilton

Alexander Hamilton is the man credited with being one of the most influential contributors to the U.S. Constitution. The oceanfront location houses a museum and the local parliament. I found it slightly surreal to walk through that modest looking abode and read about the early history of the man on the face of the US$10 bill.

3. Dip your body, arms or toes in the therapeutic Bath Spring

This is a free outdoor “spa” supplied by hot volcanic waters that flow from a hillside. It is reputed to cure numerous aches and pains but be warned, the temperature gets very hot, so tourists are advised not to spend more than 10 minutes at a time soaking up its healing powers.

All nature lovers will like this place because it is hard not to appreciate seeing the array of tropical trees, plants and shrubs that are so lovingly cared for by the efficient yet unobtrusive staff. What’s more, the quiet spaces, the Asian-influenced statues and the fountains make it feel like an oasis that will zap all your stress away.

5. Get stung by a Killer Bee at the legendary Sunshine’s Bar and Grill

No, that’s not an insect; it’s a simple but powerful signature cocktail that will knock you sideways if it is consumed too quickly. Located on Pinney’s Beach, Sunshine’s is close to Four Seasons Nevis and it is an experience not to be missed.

Whether you opt for lunch at Golden Rock, a pre-dinner snack at Banana’s Bistro, a fancy four-course meal at Coconut Grove or simple local fare, just unbuckle your belt and give in 100% to the foodie experience. Simply plan to lose the pounds later because the meals are beyond good. You must try local favorites like the goat water (a thick, meaty soup) and Tanya fritters (made from root vegetables).

Such a pretty lunch venue! What is/was on YOUR plate today?

7. Tour the old sugar plantations that are now converted into hotels

Once a vibrant industry, sugar production used to be the backbone of the Nevisian economy. Evidence of that is seen in the many sugar mill ruins you’ll see as you drive around the island. Hermitage Plantation, Montpelier Plantation, Nisbet Plantation and Golden Rock Inn, were some of the ones I visited and they each had their own distinctive style. 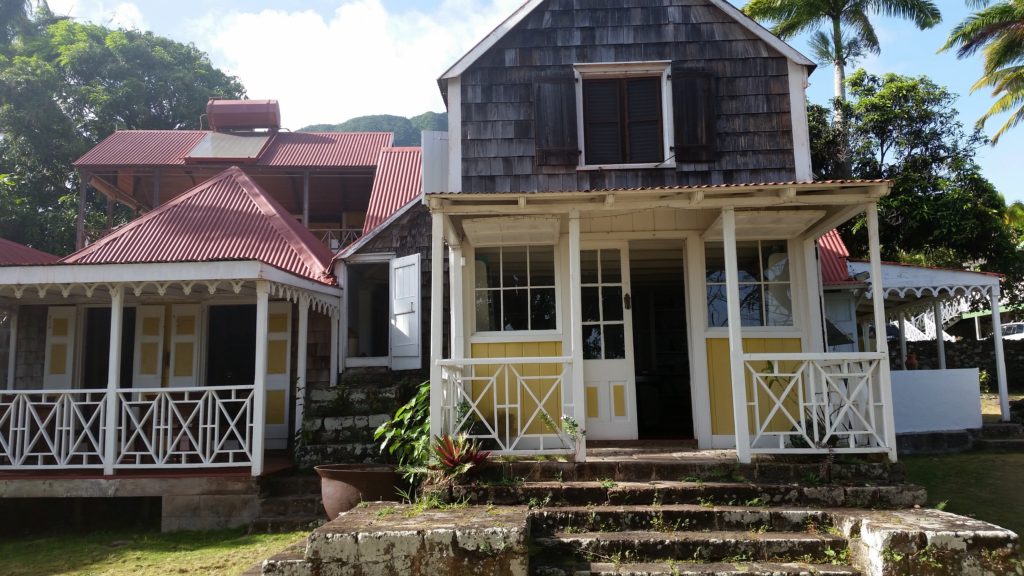 8. Finally, no trip to the Caribbean would be complete without a few hours spent lazing on an uncrowded beach

I clocked my sun and sand time at the Paradise Beach Nevis but there are several places to choose from. Go pick out your beach chair and mark your own spot soon!

I originally wrote these travel tips for a site I contribute to called TravelDudes. The article first appeared there in August 2015.