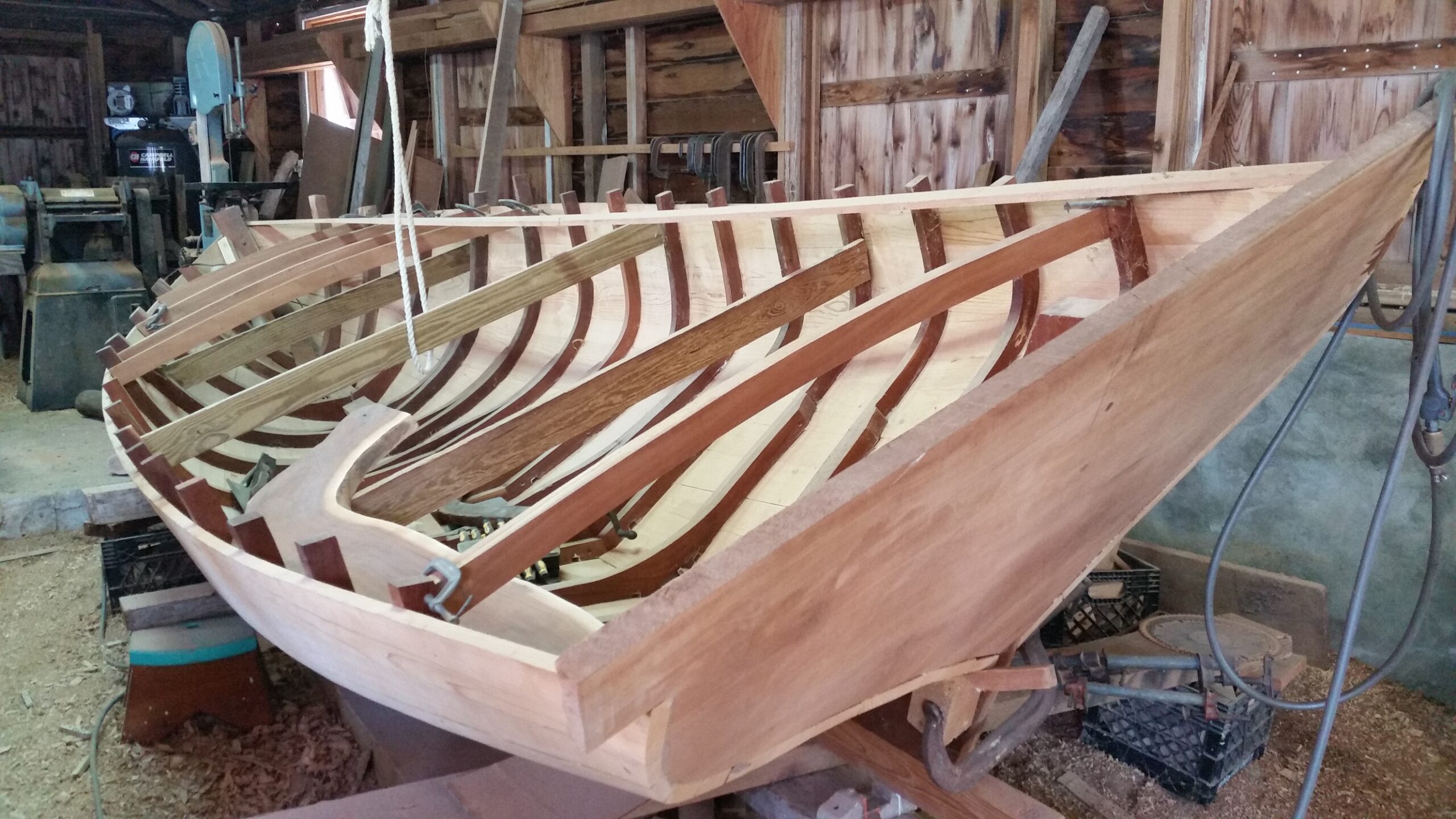 When I last visited the Bahamian Out Islands, I had the distinct pleasure of meeting Joe Albury, one of the oldest living descendants of the famous Albury boat building dynasty.

Joe is a soft-spoken man of medium height and build who moves with slow steps. At a glance, his weather-beaten skin tells a vivid story of a lifetime lived on the open seas and under the blazing Caribbean sun. However, don’t let his crown of silver hair and his slightly slurred speech fool you.

He is a testament to mental and physical strength. And his intimate knowledge of his craft is undeniable. I never asked him his age but Mr. Albury must be older than 80. Yet, this wizened seafarer makes boat making look easy – in a studio in his backyard!

His trademark design is called an ‘Abaco dinghy’ and a specially commissioned 13-footer built by Joe Albury will cost you somewhere in the region of US$18,000. As he works on his own and does it in his spare time, expect at least an 18 month wait if you place an order. His boats are very much in demand.

Can’t afford one or have no reason or desire to go sailing? Don’t despair. He sells hand-made 1/2″, 1″ and 1 1/2″ scale models in his store at much more affordable rates. What’s more, the miniatures are made from local woods such as madiera and corkwood so they serve as lasting and unique souvenirs.

Across the street, his relatives Don and Jamie run the more modern center-console and runabout boat production operation known as Albury Brothers Boats.

During my brief time with him, I learnt he had no heir or able apprentice waiting in line to carry on this venerable dinghy building tradition. I thought to myself, “how sad!’”  It’s always disheartening to learn that long-held skills will not be passed on to future generations. 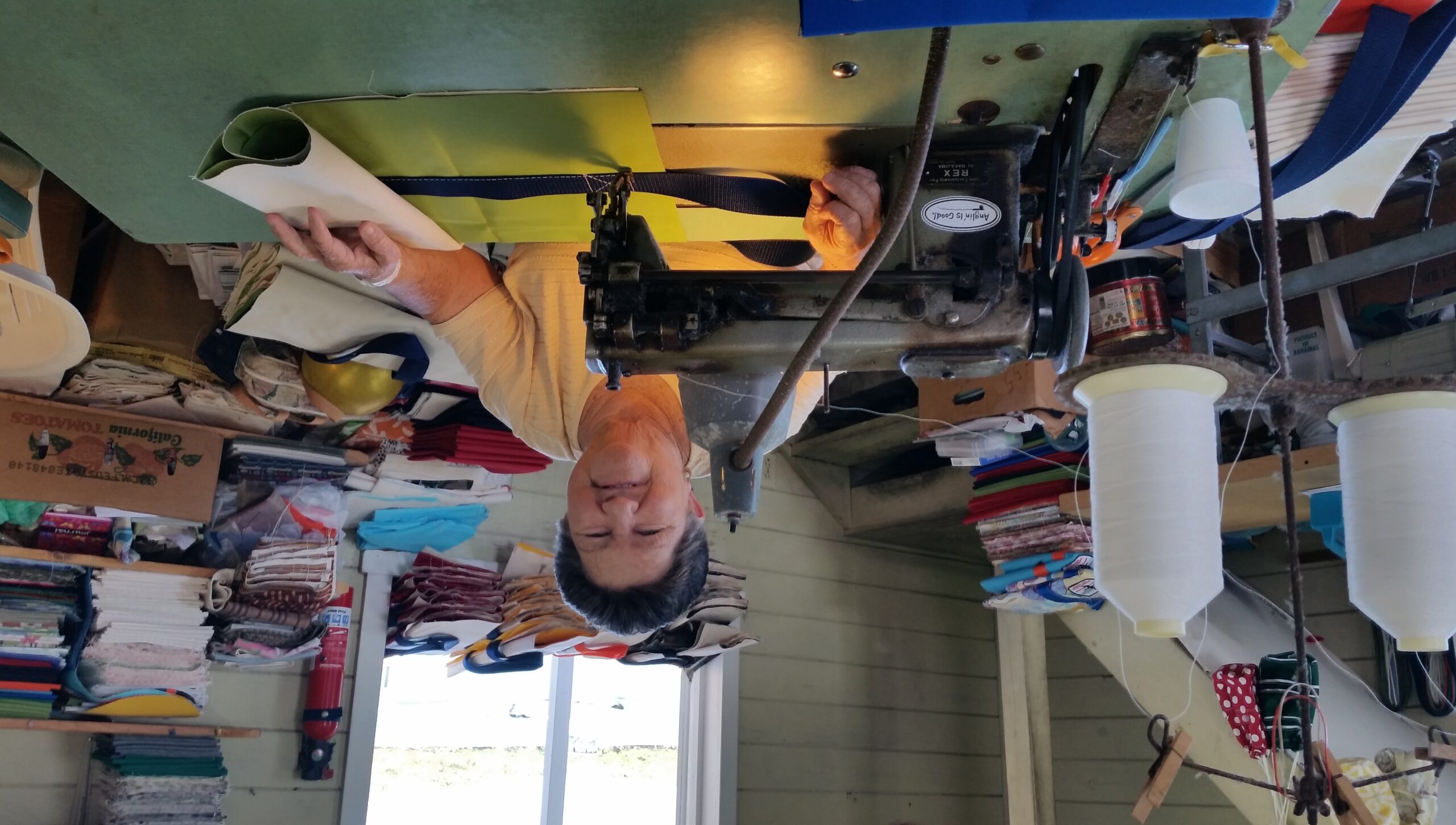 What began as a small bag and purse-making operation in a modest seafarer’s home more than sixty years ago, is now ‘Albury’s Sail Shop’; a notable landmark and viable business on Man-O-War Cay. Travelers who enjoy visiting places with character or appreciate owning original products that are not mass produced need to add this shopping find to your things-to-do list, if they are ever in the Out Islands of the Bahamas.

Miss Annie, the warm and affable matriarch who runs the family-owned business, has an endearing “Come Home to Mama” personality that envelopes you as soon as you enter the store. A third-generation seamstress, she invokes feelings of happy gatherings around the dinner table and triggers an unexplainable desire to run around giving random bear hugs to every third or fourth person you meet.

Albury’s Sail shop uses sturdy canvas – material that is integral to the production of boat sails – to make colorful hats, bags and other products that are one-of-a kind. The shop’s extensive line is impressive in its own right but even more so given its history. Miss Annie’s ancestors started the cottage industry by making small draw-string bags from leftover scraps of canvas.

The best part is, the shop’s open floor plan allows you to stand inside, lean against a wall outside, or perch beneath a jalousie-style window and watch the production process unfold. I was pleasantly surprised that the items are all reasonably priced in spite of the labor-intensive process.

The machine Miss Annie uses was owned by her grandmother before her. Like a trusted horse that knows every foothold of a cliff because it has gone that way before, three antique but well-oiled and functional sewing machines lead the seamstresses through the ropes. The only difference was rather than the clicking sound generated by trotting hoofs, the room was filled with staccato bursts akin to whirring hums.

I encourage you to stand still for a few minutes and watch the ladies work. Then I implore you to  let the gentle island breezes lift you up and transport you back to a simpler time.

There is no way for me to verify this but I’ve read that celebrities like Robert Redford, Perry Como, Kenny Rogers, Andy Garcia, Kenny Chesney, Derek Jeeter, Beyonce, Jay Z and Leonardo DiCaprio have all crossed Miss Annie’s threshold. You should visit with her too.

I stayed at the Abaco Beach Resort when I was in The Abacos. 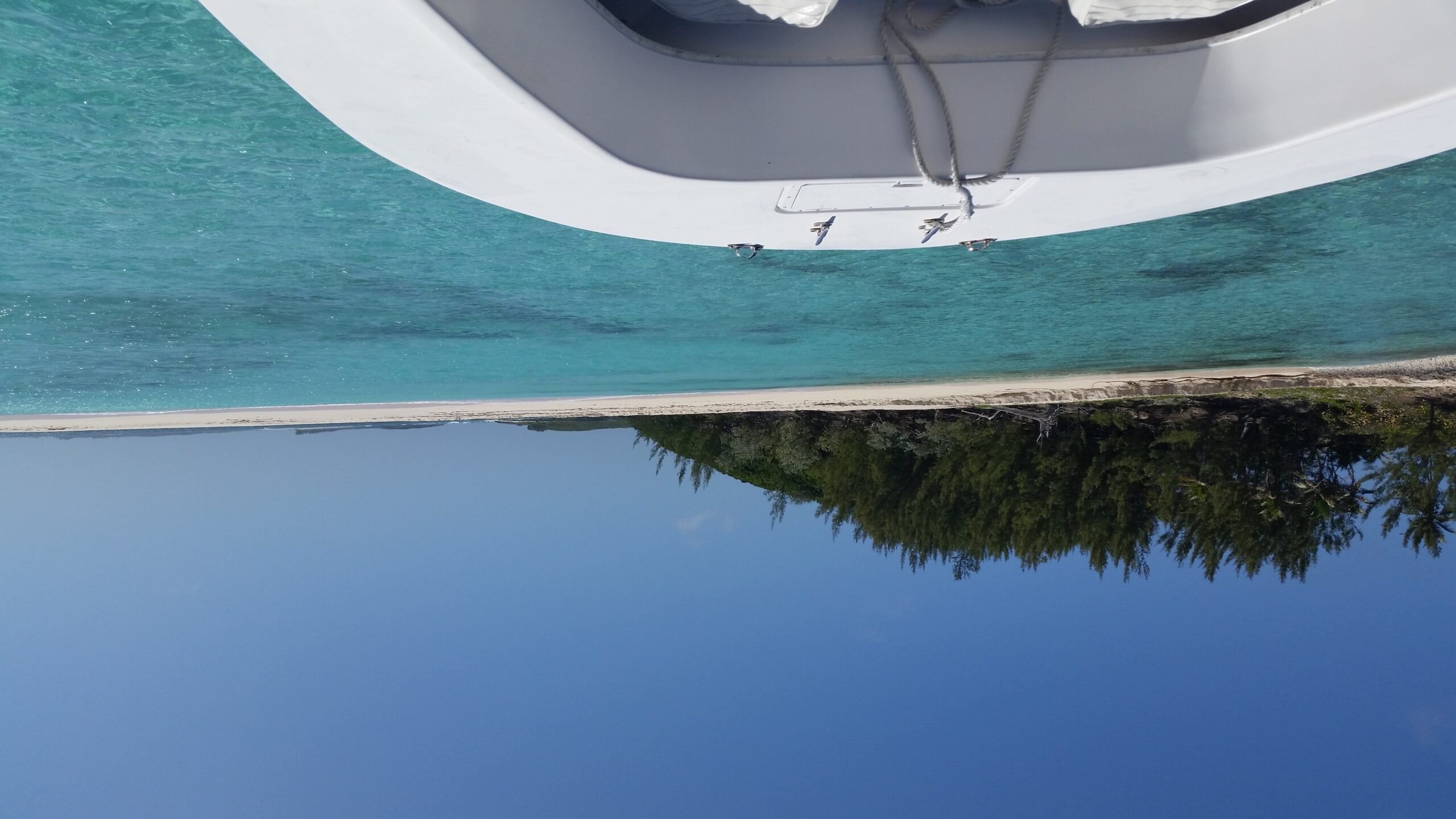 I was sitting on a bar stool completely engrossed in lively conversation when the unexpected happened. One minute I was learning local slang words and the next, I looked up and – muddasick -there was a taut young butt gyrating wirh rhythmic speed in front of me.

I hadn’t seen it coming. With soca monarch winner Machel Montano’s music thumping loudly through the speakers, I certainly hadn’t heard it coming. Yet there it was, a mere touch away.

I resisted the crazy impulse to slap it. And the clichéd move of reaching into my wallet for a dollar bill to toss it.

Honestly, my restraint was due mostly to propriety; not modesty. I was among business colleagues and the butt in question belonged to someone I had met while island-hopping that day. The young man was a fireball of positive and uninhibited energy so when he invited my group to the resort’s popular Tuesday night karaoke party, we agreed to go.

Watch the clip below to get a glimpse of the behind the bar action.

The night was ton loads of fun but admittedly, I got much more than I bargained for.

First, there was that attention-grabbing, ‘Oh no, is this really happening to me right now?’ lap dance. And second, I was cleverly cajoled into playing lead ‘vocalist’ in a hastily arranged trio meant to rescue the Michael Jackson’s 1982 song Pretty Young Thing from total butchering at the hands of well-intentioned teens. More YouTube and Vine than MTV generation, they weren’t even born when that Billboard hit ruled the charts.

Don’t get me wrong though, I am not complaining.

I deliberately shared that story to say this: that impromptu, light-hearted and double-over-with-uncontrollable-laughter scenario summed up the essence of what I came to know as ‘The Abaco Life’. You can’t read about it or simply hear about it. It is something you must experience.

The fabric that holds #TheAbacoLife together is a beautiful tapestry of unscripted moments, uncomplicated and fun-loving interactions, and the quintessential less-is-more philosophy that ultimately leads to true quality of life.

I’m serious. The Out Island spirit is delightfully infectious. It will make you smile inside and out.