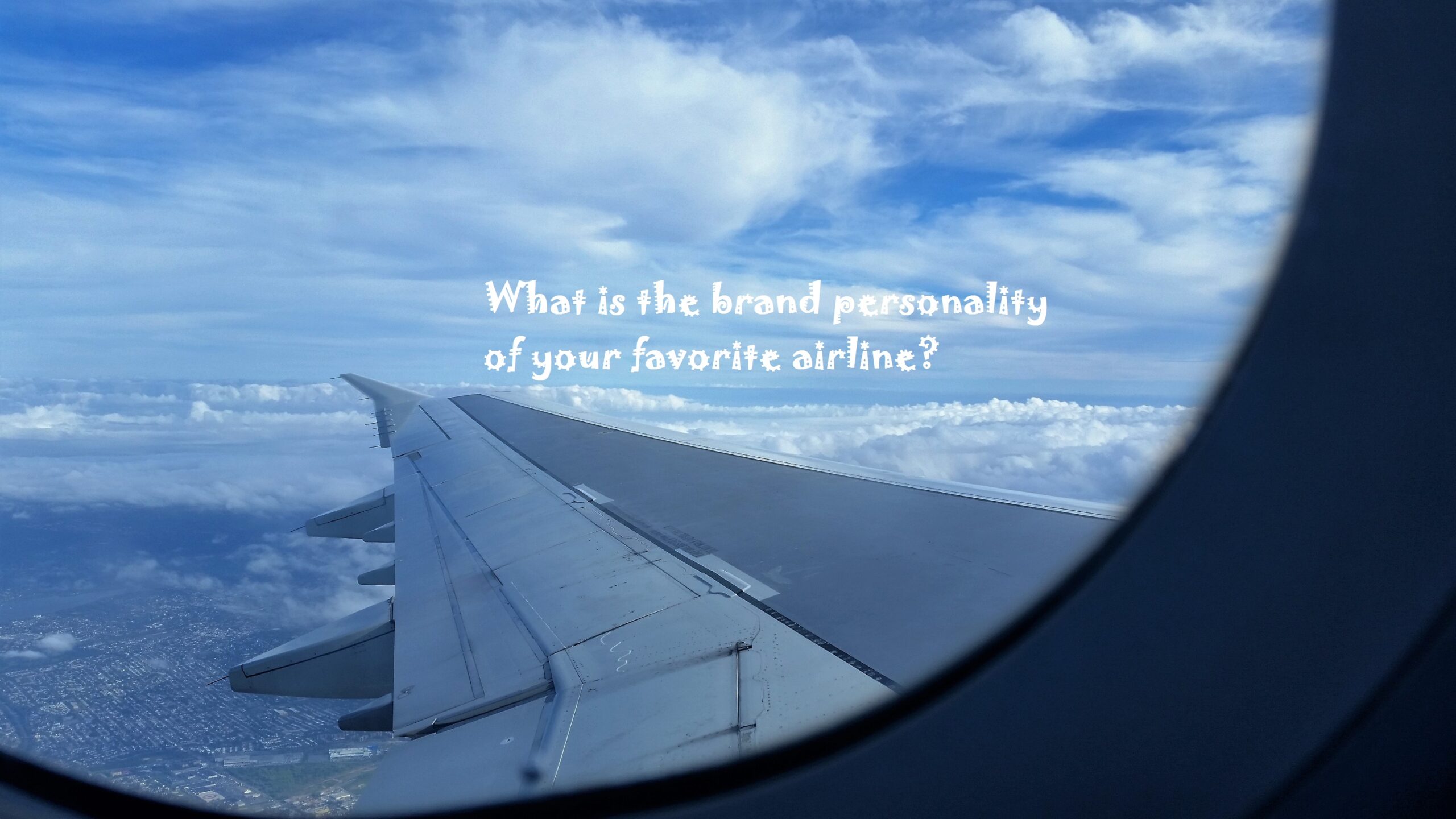 Do you book flights based on convenience, cost, points, or the experiences you’ve had with an airline? In many instances, I’m usually the most loyal to my own pocket. So, I’m willing to guess that ticket price ranks high on your checklist as well, right?. But other things such as lost luggage, flight delays, uninformed desk agents, leg room, general customer service, and the ability to get assigned seating affect your decision too, don’t they? All those factors help shape your perception of a brand, and when combined, they also can affect our desire to fly with a specific airline.

As an experiment, I asked diverse groups of people to describe different airlines using adjectives they would attribute to people.  My survey group included friends, former coworkers, and surprised-to-be-quizzed patrons at my hair salon. The exercise was very revealing. Here’s what they said:

It’s stuffy, old, traditional and flaky. They summed up the brand relationship as the type of friendship your parents forced you into as a child (with play dates) but now as adults, they simply found themselves maintaining the status-quo.

My informal ‘focus group’ members called it methodical and aloof.

The most common adjective used during this discussion was warm.

Good ole BA was described as classy, proper and refined. It was likened to a work friend who is reliable and approachable, but not someone you would hang out with voluntarily on the weekend.

The overwhelming response here was genuine, with a come-what-may attitude. One person actually said it was like the person at school/college who didn’t have to study, went to all the parties, but did okay on exams anyway.

Delta was seen as comfortable and friendly, but more of a wall flower who preferred to blend into the background.

This response brought out many superlatives like super rich, sumptuous and ultra cosmopolitan. It was described as that friend who is used to a lifestyle filled with luxury, and one who expects excellent customer service at his/her fingertips.

I got only one word for this one – friendly.

This name triggered a little animation from everybody. Eyes lit up and they all leaned forward while words like chill, hipster and trendy tumbled from their lips. In the eyes of many, JetBlue was seen as the cool kid who is always friendly and fun.

Shoulders drooped visibly at the mention of Spirit.  Regrettably, its adjectives were very uncomplimentary. They called it unreliable, penny-pinching and the kid who would get picked last for a team sport on the play ground.

The best adjectives people could come up with for United was that it was okay but a bit weathered down.

The mention of Virgin sent the energy up in the room quite a bit with talk of its offbeat, fun and hip personality. A few persons admitted they sometimes found it a little over-the-top, but they also were confident they’d have no worries if they had to go out with such a charismatic person.

When asked if they had to pick one airline to hang out with all week-end long, JetBlue and Virgin were neck and neck in terms of responses.  What do you think? Do you agree or disagree with these observations? How would you advise an airline CEO about the best ways to ensure a positive brand image based on your personal travel experiences?

I kept my list short but please tell me your favorite airline, and by all means, share your views on your perception of its brand personality!

2 Replies to “What is the brand personality of your favorite airline?”